If you’re new to sous vide and mainly use direct heat, you’re familiar with the concept of resting your meat after cooking. It traps the juices inside and prevents your meat from drying out.

But is it necessary if you’re cooking sous-vide style?

In this post, we’ll answer the question, “Should I let my meat rest after sous vide?” We’ll also look at why chefs rest their steaks and some common resting times.

Why Do Chefs Let Their Meat Rest?

Here are the three primary reasons why chefs avoid cutting their steaks directly after cooking them:

It Distributes Heat Evenly Throughout Your Steak

The first reason why professional cooks let meat rest is to distribute heat evenly. When cooking steak in a cast iron pan, the outside heats quicker than the inside. This is because it touches the heat source.

So apon removing your steak cut, the inside is still cooking, which is known as carryover temperature.

If you don’t let your meat rest, you increase the likelihood of an undercooked core and overcooked crust.

Another reason chefs rest meat is because it regains juices and flavor, resulting in a tastier steak.

Here’s a fun experiment you can try at home: Cook two steaks but let one rest for 10 to 15 minutes while cutting the other immediately. You’ll notice that the steak you cut right away loses more juices than the one that sat for a few minutes.

It Allows For A Better Sear

The last reason why you want to avoid cutting into a steak immediately is to ensure a better sear. If the inside is still hot, you’re limiting the searing temperature and duration.

But by resting your meat, the core temperature decreases. This low temperature allows you to use higher heat, resulting in a golden brown crust.

Is Resting Your Meat After Sous Vide Necessary?

You might notice that the above examples involved direct heating and not sous vide. This is because sous vide cooking retains the maximum amount of juices and brings the entire steak to your desired temperature.

This is why it isn’t necessary to rest your meat after sous vide.

However, it can still enhance the crust.

When you let it rest, you bring the core temperature down. This way, you can give it a longer sear without cooking the inside.

Pro tip: Pop your sous vide plastic bag into an ice bath before searing to lower the temperature more and allow for a longer sear.

Resting your meat is also handy when sous viding at high temperatures as your steak can lose moisture. Maybe you’re preparing a brisket or pot roast and using temperatures between 160 to 180 degrees Fahrenheit. The meat reabsorbs flavorful juices when you let it rest.

How Long Should You Let Your Meat Rest?

You should let your meat rest between 10 to 15 minutes because it’s enough time for the internal temperature to cool, so the outside can sear properly.

Letting it rest for longer won’t offer additional benefits and will increase the risk of bacterial growth since your food is sitting in the danger zone of 40 degrees to 140 degrees Fahrenheit.

What Happens If You Don’t Let Your Meat Rest?

Unlike direct heat cooking, resting your meat after sous vide isn’t a must because the low temperatures retain most juices.

However, it’s highly recommended if you’re looking for the best possible sear.

A direct sear won’t affect the taste, but it will limit the searing length as the internal steak temperature is high.

Does Resting Your Meat Really Make A Difference?

Resting your steak after laying it in a sous vide bath makes a difference, but it isn’t as big as when using direct heat.

For example, if you cook meat in a skillet, you’re reaching temperatures of over 160 degrees Fahrenheit, which impacts juiciness. By letting it rest, you regain these juices, enhancing the flavor. The meat will also cook once you remove it since the outside is far hotter than the inside.

But when sous viding meat, you avoid all these problems. You retain most juices because the entire steak is at one desired temperature. This removes the need to rest it.

However, resting your meat makes a slight difference. The core temperature drops, letting you sear it for longer.

Resting your steak after sous vide is optional and depends on personal preference.

If you’re using sous vide as a quick way to prepare tasty meals without much effort, you shouldn’t rest your meat. It’ll require extra time and will be an inconvenience. You also won’t notice much taste difference because the low temperatures retain most juices and evenly cooks the steak.

But resting your steak is worth it if you want the best cooking and eating experience. Although it won’t gain extra juice, it allows you to sear the steak for longer because the core temperature is lower. This crust takes your steak to the next level. 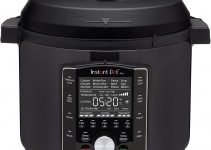