There is just nothing like a juicy, well marbled steak. However, It’s super easy to overcook steak on a skillet or grill.

That’s why meat lovers opt for sous vide because it guarantees a perfect steak every time.

You also don’t have to slave over a hot stove when preparing steaks for friends and family. Simply pop it in the sous vide bath and get on with your day. When it’s ready, take it out, sear, and enjoy!

But everyone has their own opinion on what the best cut of steak is.

So in this post, we’ll cover the best steaks for sous vide. I’ll also go over what to look out for when shopping for steaks.

Ribeye steak is one of the juiciest cuts of meats, making it a popular option among chefs and meat lovers.

A ribeye steak comes from a cow’s rib area. It runs down from the hip bone to the shoulder blade, and since it doesn’t get much exercise, you’re left with a tender cut of meat.

You can pair ribeye steaks with:

Ribeye steaks are sold bone-in or without a bone. Bone-in ribeyes are a popular cut of meat in the US and is nicknamed the “cowboy cut.” With a high marble and fat content, you’ll notice that after you take it out of the bath, it’ll have a looser grain.

Many home chefs love this loose grain because it offers a buttery, tender texture. Ribeye steak isn’t as lean as a filet mignon, but the extra fat gives it a taste that’s hard to find anywhere else.

If you’re a wine lover, ribeye goes well with:

This steak is also easy to find. Any grocery store or butcher should sell it. But if you’re looking for pricier cuts, opt for high-end retailers. Some online shops also source high-quality grass-fed ribeye steaks and will ship to you for free.

Once it arrives on your doorstep, you’ll need to store it properly. I seal it with salt and pepper and toss it in the freezer. If you have leftover meat, keep it in the refrigerator and consume it within three days.

Filet mignon is a thick cut of meat that comes from the tenderloin and eye fillet. Like ribeye steak, a filet mignon doesn’t get much exercise, so it’s tender and juicy.

You’ll notice you don’t have to chew a lot when eating a filet mignon. It melts in your mouth.

But it doesn’t have thick marbling like other meats that signal high-quality. You’ll have to look for cuts that have a consistent shape and thickness. When you touch it, it should also be firm.

Filet mignon is a good option for sous vide cookers because it’s thick, so you get an even cook throughout the entire steak. And when you sear it, the thickness ensures you won’t overcook the inside.

Here are some temperature rangers to cook your filet mignon:

Although a filet mignon is expensive when eating at a restaurant, it’s quite affordable at most local butchers. You can buy in bulk to save money or wait for a sale.

New York strip steak is a well-marbled cut of firm yet tender meat. It’s cut from the short side of a beef loin because the muscles don’t do much work.

Making a New York strip steak in a sous vide bath is a reliable way of producing a quality steak. It’s slightly firmer than a ribeye and has less marbling. If you’ve bought a cut with a bone in it, you can even use it to make bone broth.

Nothing can beat a T-bone steak with a glass of top-quality red wine.

T-bone steaks are easy to recognize because you’ll find a distinctive T-shaped bone in the middle. It’s popular amongst sous vide cookers because it’s tender, juicy, and thick. It comes from the front section of a cow’s short loin, where the tenderloin starts to narrow.

Although a T-bone steak is traditionally fantastic for grilling, chefs love cooking it in a sous vide bath first. This is because it sets a solid foundation for you to grill it.

If you’re grilling with family or friends, you won’t have to wait as long, and it’ll be perfectly cooked.

A prime rib is a well-marbled cut of meat known for its tasty juices.

A whole prime rib roast is huge, around 15 to 18 pounds, so most people only buy a portion.

However, it is possible to ask your butcher for a smaller roast.

Prime Rib Roasts are an excellent idea for a large family gathering or holiday, and are often the centerpiece of the meal.

It takes a lot of skill to cook a perfect prime rib in the oven, but the sous vide makes it a no brainer!

Cooking the entire prime rib roast with sous vide is becoming more popular because getting an even grill on such a large cut of meat is problematic. So, chefs will sous vide it to get a consistent cook before putting it on the skillet or grill.

Sirloin steak is the first choice for many meat lovers because it has a firm texture and meaty, rich taste. This makes it the perfect option for sous vide cooking.

Sirloin steak is a cut of meat located farther back on the rear leg in a place called the hindquarter. A sirloin steak and T-bone are the same cut of meat. T-bone is simply the bone-in version, while sirloin doesn’t contain a bone.

You might also notice that your local butcher sells rump steak. This is simply the bottom part of a sirloin steak.

This area gets slightly more exercise than the upper muscle, so it’s tougher but cheaper. A rump is an affordable option for sous vide cookers who’re on a budget.

Hanger steak is a super affordable cut of meat between a cow’s kidneys. Because of where it’s located, hanger steak comes in contact with air as soon as the animal is cut and starts aging quicker than other meats, making it more flavorful.

As the name suggests, hanger steak doesn’t do anything. It just hangs, so it’s tender due to lack of exercise.

It belongs to a family of meats called “flat meats.” You’ll also find skirt and flank steaks in this family; however, they are more active and tough.

You must prepare your hanger steak properly; otherwise, you’ll be left with a rubbery piece of meat. Sous vide hanger steak on lower heat for longer, and when searing, only sear it for a few seconds.

The flavor of a hanger steak is also on par with other meats like ribeye because the looseness makes it absorb marinate well.

Flank steak is possibly the toughest meat you’ll find, but it still has its place when cooking with sous vide. Because it’s tough, not many people buy it so you can get it for cheap.

If you can prepare it correctly, you’ll enjoy tasty steak for a super low price.

It also doesn’t have any fat, but you may find some connective tissue that looks like silver skin.

When eating out at a restaurant, you’ll notice that flank steak is also called London Broil. And it’s often the cheapest cut of steak on the menu.

If you’re a fan of rare or medium-rare meat, then skirt steak is a must-eat.

Like flank steak, skirt steak is perfect for those on a budget. It’s a thin, extended cut of meat that comes from a cow’s diaphragm. Because of how much exercise this area gets, it’s muscular, tough, and contains little to no fat.

That’s why you must cook it rare to medium-rare, so it’s as tender as possible. Anything more, and your jaw will hurt from all the chewing.

With a good amount of marbling, a flat iron steak is tender and full of flavor.

But the best part about flat iron steak is that it’s a tasty alternative for any recipe that needs flat steak.

Now that you know the best steak cut for sous vide, let’s cover what you should look for when shopping.

Factors To Consider When Buying Steak

Your sous vide cooking time largely depends on how thick your meat is. One-inch thick steaks are perfect for sous vide because it cooks within one to three hours and won’t undercook.

If you want something thicker, then one and a half inch meats work just as well. But if it’s thicker than this, you want to add an hour per inch. For example, if you usually cook an inch steak for two hours, a two-inch steak will take three hours.

Marble equals flavor, so when shopping for steak to sous vide, get cuts that have lots of marbles.

If you’re feeling generous, go to a high-end butcher and get a cut of Wagyu steak. Farmers grow their cattle to only contain fat, so it’s full of flavor.

But even if you aren’t looking for exotic cuts of meat, the same principle applies. Opt for fatty cuts of meats with marbling because it’s perfect for sous vide. After eating a steak with lots of marbling, you’ll never go back to lean meat.

Price is another crucial factor to consider when buying steaks. You don’t need to purchase ribeye or tenderloin all the time to enjoy excellent steaks. Several affordable cuts of meat are on par with prime steaks. These include:

And if you feel like eating a juicy ribeye, find out when your butcher has specials. This way, you can buy in bulk for cheap and just leave it in the freezer. Some stores might not hold specials, but if you ask, they’ll sell leftover ribeyes for a fraction of the cost.

Ribeye, T-bone, filet mignon, and sirloin steaks are among the best steaks for sous vide lovers.

They are juicy, contain lots of fat, and since these muscles don’t get much exercise, it’s super tender. If your local grocery store or butcher is currently running a special, buy in bulk because you’ll save.

But if you’re on a strict budget, you’ll be happy to know that hanger, flank, and skirt steaks are affordable and, if prepared correctly, can compete with ribeyes. 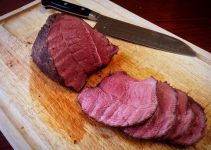 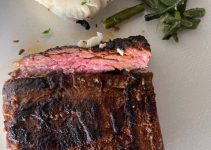