What exactly is Sous Vide Cooking? And where did it originate? In todays article we are going to explore the history of Sous Vide Cooking, and what has contributed to its immense growth recently. While the Sous Vide machine is starting to become more commonplace in the household kitchen, I still find many people have no idea what it is!

What is Sous Vide?

Sous vide is the French word for “under vacuum”, and it is also known as low temperature long time cooking. Essentially, it is a method of cooking using a water bath heated to a specific temperature. The cook then typically immerses a sealed bag or jar in the liquid for anywhere from 1 to 72 hours. (but not always, as in the case of eggs)

Why use a Sous Vide Machine?

While a machine is not completely necessary, it makes the process much easier. Technically, one can also heat a pot on the stove and keep the water at a specific temperature as well. That is more difficult to pull off well, and it can be dangerous to leave a pot on the stove for extended periods of time without watching it.

With a sous vide machine, all you need to do is plug it into the wall, set the temperature, drop in the food, possibly sear depending on recipe, and voila!

History of the Sous Vide

The earliest records of low temperature cooking we have is from 1799, when it was described by  Benjamin Thompson, Count Rumford. He used pressure to slow cook and in his words the meat was “Not merely eatable, but perfectly done, and most singularly well-tasted.”

In the mid 1960s, American and French engineers used pressure under heat to preserve food. In doing so, they noticed the food showed great flavor and texture. They were able to invent heat stable vacuum patches as well.

In 1974 this was adopted further by Georges Pralus, a French chef. He did so for the Restaurant Troisgros (of Pierre and Michel Troisgros) in Roanne, France. He discovered that when foie gras was cooked in this manner, it kept its original appearance, did not lose excess amounts of fat, and had better texture.

In addition to Pralus, sources also credit Bruno Goussault who is known as the “father of Sous Vide”. He independently developed this cooking method as well, and then the two worked together to pioneer the industry.

The modern day Sous Vide machine has come a long way since then and is now found in household kitchens all across the world. You can find our favorites along with a buying guide here.

We hope you enjoyed our insights into the history if sous vide cooking. Additionally, don’t forget to check our our best sous vide cookbooks! 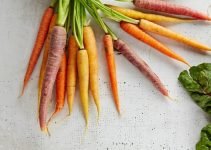 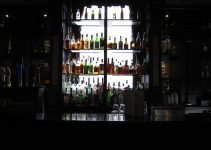