The first in-home steam ovens were released about 20 years ago. Today, most appliance companies manufacture a steam oven, or a combination convection/steam oven (referred to as a combi oven) that is available for home cooks. Some have the ability to cook sous vide, although it is not as precise as sous vide cooking. For your kitchen, the steam oven might be a great alternative to a traditional convention or convection oven.

All about the steam oven

A steam oven looks like a traditional oven, but have the additional capability of producing steam. They can generate steam and then pump it in to the oven, produce steam via a water tank inside of the oven, or can be fully installed with plumbing. The former two require more hand-on with filling the tank, while the latter is the most hands off.

Steam or combi ovens are usually smaller than traditional convention or convection ovens, but one article states that you can “stack” the oven with more food than what would work in a traditional oven; this is because the steam is pumped through the oven, allowing it to conduct heat more efficiently.1

Another benefit to the steam oven is that food will often cook quicker, up to 30% faster than a traditional oven; this is due to the steam, which is a better conductor for heat than traditional dry heat in a convention or convection oven.

Food cooked in a steam oven is also healthier, as it doesn’t require as much fat to yield tender, juicy chicken or perfectly roasted vegetables. However, a steam oven that does not have a combination convection setting will not provide the brown, roasted flavor that comes from traditional cooking methods. This might be something to think about before purchasing a steam oven. Since the steam oven is steaming food, instead of baking or broiling, it also helps to retain nutrients.

Yes. Sort of. As manufacturers worked to improve their steam ovens and make them attractive to the home cook, they began to add functions and abilities, one being a “sous vide” option. This is a low temperature setting that still incorporates steam and allows for gentle cooking of food (still in vacuum sealed bags, as that is a signature of sous vide cooking). However, steam oven temperature control is not as precise as sous vide cooking.

Sous vide immersion circulators and machines regulate temperature with less than one degree of variance, providing the most stable cooking environment for food. Steam ovens cycle heat (similar to traditional ovens), which means that there will be a wider temperature range; additionally, it’s important to note that on a sous vide circulator or machine, you can set temperature to a tenth of a degree (if you are in the market for a new circulator, check out our review on circulators here). On a steam oven, the option might be every degree, or might be a five-degree range.

Now, even with the potential for temperature range, the difference between sous vide steak done the traditional way vs. sous vide steak in a steam oven (bagged or un-bagged) is minimal. There are a couple of blogs that have experimented with the cooking technique, and found that results are very similar across the board.2

What does that mean for the home cook? Well, the answer is this; steam ovens are an investment. But; if you are looking for a way to eat healthy, quick meals, and want something that can recreate sous vide without the circulator, then a steam oven might be the next investment that you should make. 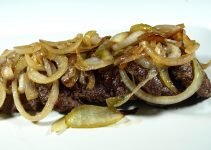 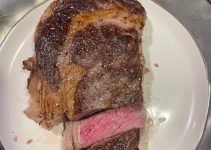