Water boils (for the most part) at 212 degrees Fahrenheit. Altitude and the addition of salt can affect the boiling point of water. Boiling water is great for cooking pasta or other grains, and making soups, stews, and sauces. There are some foods that don’t like to be boiled, though. Sous vide is a great way to cook at a much lower, gentler heat than boiling. The history of boiling food goes back to Paleolithic times, while sous vide cooking is a much newer concept.

Research suggests that Neanderthals may have used skin bags or birch bark trays to cook stews over open flame. One Paleontologist also stated that the ability to boil food, which, in turn softens food and removes fat from bones for more nutrition, is one of the reasons that Homo sapiens were able to survive.1 And interestingly enough, while cooking in bark seems counterintuitive (wouldn’t it burn?), as long as there is a liquid in the cooking vessel, it cannot ignite.

Boiling food became an important development in the evolution of food preparation. It increases the digestibility of foods, and helps the body to more efficiently use some nutrients. It also increased the variety of foods that could be consumed, as cooking food over heat destroys bacteria and other harmful pathogens which can cause food-borne illness.

Today, boiling food is common, and most people cook with either a “gentle” boil, or a “rolling” boil. A rolling boil is a boil that doesn’t stop bubbling when it’s stirred; this is usually the water that we use to cook pastas or starchy vegetables like potatoes; the active nature of the water keeps foods from sticking together. A “gentle” boil is better for foods that require a bit more of a delicate handle; filled pasta (like ravioli) and dumplings, for example.

When making sauces, stews, and soups, a gentle boil tends to be more ideal; the variety of foods in the broth, often a mixture of vegetables, meat, and seasonings, don’t tend to break down as quickly in a gentle boil. Also, a rolling boil can tend to evaporate water too quickly, leaving inadequate room in the pot. This could result in food sticking to, and burning, at the bottom of a soup pot.

Cooking in boiling water is a great way to make a soup, stew, sauce, or cook pasta or other grains. Sous vide cooking is better for foods that require a gentle touch, like seafood, a great steak, or vegetables like asparagus (who wants overcooked asparagus? Not me). They are both great cooking methods, and both have their place in the kitchen. 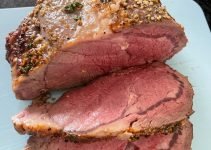